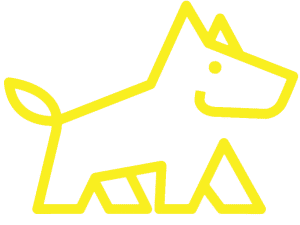 Growth is an essential stage in your dog’s life – it’s the time of big physical changes as well as new discoveries and encounters. During this key period particularly, your puppy’s diet is important in order to support optimal health as it grows and develops.

Growth is an essential stage in your dog’s life – it’s the time of big physical changes as well as new discoveries and encounters. During this key period particularly, your puppy’s diet is important in order to support optimal health as it grows and develops. ROYAL CANIN® Giant Junior is specially formulated with the nutritional needs of giant puppies like yours in mind.

ROYAL CANIN® Giant Junior is suitable for giant breed puppies aged between 8 and 18-24 months old that will eventually have an adult weight of 45kg and over.As your puppy’s immune system is still gradually developing, ROYAL CANIN® Giant Junior contains a patented complex of specific antioxidants – including the highly beneficial vitamin E – to help support your puppy’s natural defences.

What’s more, ROYAL CANIN® Giant Junior also contributes to good bone mineralisation in giant breed puppies; this is thanks to a balanced intake of energy and minerals such as calcium and phosphorus.Nutrients like these ultimately contribute to supporting the continued general health of your puppy’s joints, as well good bone consolidation.

Thanks to a specifically adapted energy content, ROYAL CANIN® Giant Junior helps to support your puppy’s high growth rate during the second stage of growth. It also contributes to helping your puppy avoid any unwanted weight gain which can sometimes be common in large breed dogs.The shape and size of the kibble in ROYAL CANIN® Giant Junior has also been carefully considered and specially designed. The kibble helps to encourage a prolonged chewing action – which ultimately helps by contributing to the continued health of your puppy’s teeth, gums, and general oral hygiene.

At ROYAL CANIN® we’re committed to providing nutritional solutions to your pet’s needs. All of our products undergo an extensive quality control process in order to guarantee the optimum quality of food as well as catering to your dog’s specific dietary requirements and lifestyle. This means that when your dog eats ROYAL CANIN® Giant Junior, it’s getting a complete and balanced diet.

Growth is an essential stage in your dog’s life: it is the time of big changes, discoveries and new encounters. During this key period, the puppy’s immune system develops gradually. Giant Junior helps support your puppy’s natural defences thanks particularly to a patented* complex of antioxidants including vitamin E. *France, patent No EP1146870.

An adapted protein and L-carnitine content to help support muscle development in giant breed puppies during the second growth phase from 8 months old.

Contributes to good bone mineralisation in giant breed puppies thanks to a balanced intake of energy and minerals (calcium and phosphorus), thus supporting bone consolidation and joints.

2 to 7 business days delivery. Delivery in our vehicles and couriers.

Payment via Payfast and Ozow. Ensuring your card details are safe.

Rest assure your data is safe while shopping on our site. With SSL encryption.

Schedule your orders to save and ensure you never run out of your pets food.
Back to Home
Shop Dog
Shop Cat
Mobile Pet Grooming
Pet Services
Pet Friendly Accommodation